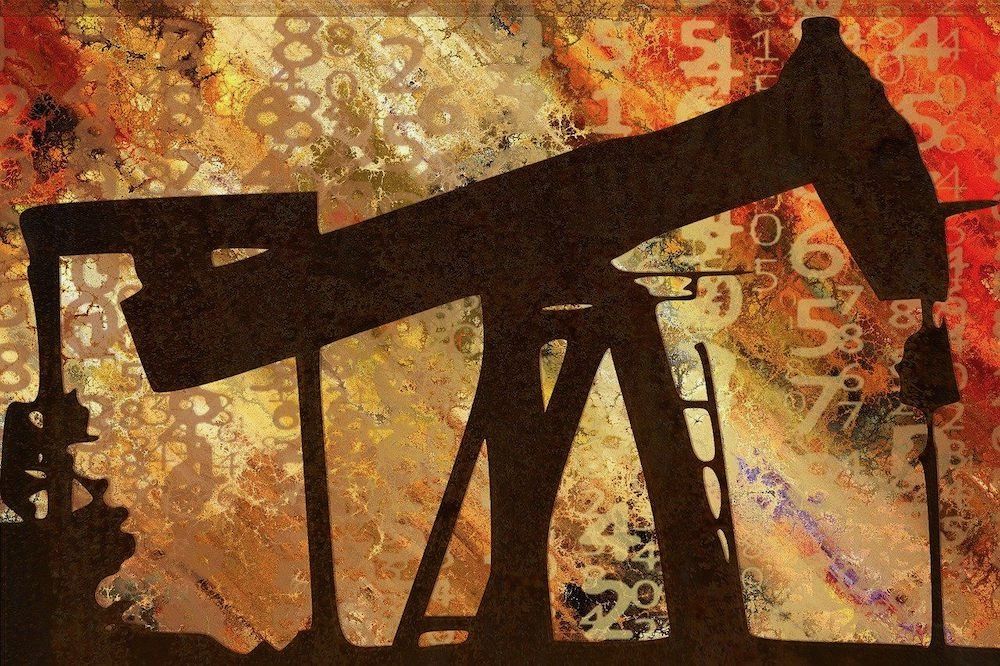 What Are The Most Effective Hydraulic Fracturing Fluids?

Oil and Gas producers have been using Hydraulic fracturing (frac) techniques to improve productivity where oil and gas reservoirs will not produce naturally.  In particular, formations with low permeabilities, tight rock or shale, are targeted.

Hydraulic fracturing is the method used to create a pathway from billions of tiny pores in the rock to the wellbore. Thus, allowing oil or natural gas to flow between the stimulated reservoir back to surface at a significantly increased rate of production with less resistance to flow.

Fracturing fluids are pumped into the rock formation under hydraulic pressure creating cracks or fractures in the rock wide enough to transport proppant into the induced fractures. The proppants and fracturing fluids need to be compatible with the reservoir structure and leave minimum damage once the fracturing fluid breaks and flows back from the well in the cleanup process.

Fracturing fluids should have the following capabilities:

Two of the available hydraulic fracturing fluids are:

See below a table comparing the advantages for each system: Friction Reducers, known as FR or High Viscosity Friction Reducers (HVFR), are typically used in freshwater and are providing a reduction in the pressure applied by the equipment at the surface. Today’s Shale wells are usually horizontal reaching lengths over ten thousand feet thus leading to additional friction which in turn requires higher hydraulic pressure.

In order to carry proppants to each perforation or hole in the pipe and distribute this proppant slurry correctly the pumping rate may reach 120 barrels per minute (bpm). Since FR (also known as Slickwater) viscosity can only reach 2-5 cPs they have to rely on a higher velocity which can be achieved by a high pumping rate of minimum 50 bpm and as high as 120 bpm. FR are typically mixed at 0.5 to 1 gallon per 1,000 gallons (gpt) rate along with a high quantity of fresh water through a liquid add system. FR have been initially advertised to eliminate the hydration units on location, but conversations with the service companies indicate they are still using the hydration units to help protect the pumps from a suction issue at the frac tanks while pumping at these high rates.

Cost-wise FR is less expensive on a per barrel (bbl) of fluid basis however, since much more water needs to be pumped on every job the fluid extra costs more than offset any savings.

FR perform well only in water with less than 12,000 parts per million (ppm) of Total Dissolved Solids (TDS). However, many drilling sites experience shortage of water with less than 12,000 ppm TDS while saline and/or reproduced water is readily available. Using FR in saline and/or reproduced water will require adding boosters (surfactants) thus increasing cost and more over requires a unique specific chemistry for each booster to assure that FR shall not lose its low friction properties, universal booster for all conditions is not available.

HVFR, where the mix will be at a rate 1-10 gpt instead of 0.5-5 gpt thus increasing viscosity to 5-30 cPs from 2-5 cPs, like FR will require utilization of boosters (surfactants) thus increasing cost and more over requires a unique specific chemistry for each booster to assure that HVFR shall not lose its low friction properties, universal booster for all conditions is not available.

Guar gum was one of the first polymers used to provide viscosity to water for fracturing applications. Guar gum comes from the endosperm of guar beans, the beans are processed to separate the endosperm (splits) from the bean hull and Protein. The splits are further flaked and ground into powder which is used in the fracturing fluids cross-linking system. 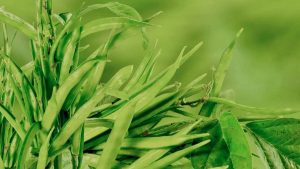 Here are 9 reasons reasons to use Guar Resources as your guar supplier.

Guar gum fluids are compatible with both freshwater, saline and reproduced water, making them much more stable in all environments provided pH is controlled to ensure cross-linking of the fluid.

1. Light gel-guar gum is mixed in the 16-20 gpt range along with water and 2-3 additives. The majority of guar cross-linked fluids are pumped in shale fit in this gel loading range. Viscosities are 300-500 cPs. This fluid is currently the fluid most service companies have been pumping especially in hybrid designs.

2. Ultra-Light Gel-guar gum is mixed in the 8-12 gpt range along with water and 2-3 additives. This fluid is based on a new technology presented at the Society of Petroleum Engineers (SPE) Hydraulic Fracturing Technology Conference (HFTC) 2020 in The Woodland Texas by Liberty Pumping Services (SPE199760).

Viscosity of 100-200 cPs which contribute to reducing damage of the proppant pack, compares well with FR and better than HVFR. This fluid allows placing more proppant in much less water providing advantages where water is limited and providing significant cost savings on a per stage basis. Most service companies should have the ability to pump it, however currently only Liberty Pumping Services has pumped a major portion of this system.

3. Hybrid designs taking advantage of both FR and Guar based Cross-linked systems strengths. Typically, FR is pumped first in these designs to create complexity in the near-wellbore area connecting many secondary fractures to the main fracture system. It is believed addition production may be obtained through this complexity.

Then the Guar based cross-linked system (mostly the Ultra-Light Gel) follows to ensure required fracture width which allows for higher proppant concentrations and higher volumes to be transported without early screen-out to the farthest point of the field.  This is a very common design in most basins where shale wells are drilled and completed.

Damage to proppant packs attributable to the fracturing fluid has been the subject of study for decades. All fracturing fluids are currently stimulating unconventional reservoirs such as shale. Their purpose is to create sufficient fracture width to allow the placement of proppants.

Retained permeability has been measured during the past decade, using American Petroleum Institute (API) proppant conductivity apparatus, to evaluate the damage to proppant packs from fracturing fluids. This apparatus measures the cleanup of fracturing fluid as considering proppant type, proppant loading, temperature and closure stress.

FR & HVFR were considered an alternative to Guar based Gel based on the assumption that the damage to the proppant pack will be lower. Initial testing with relatively larger size of proppant results caused the industry to move to smaller size proppants hoping that retained conductivity will rise to the high 90 percentile.

However, recently conducted testing found that the retained conductivity is not 99% as reported in 2015 for FR and HVFR type fluids but rather in the 60-75% range which led to the conclusion that HVFR may indeed result in higher damage to the proppant pack than previously believed. Further, the testing showed that larger mesh size proppant achieved higher retained conductivity.

Since FR & HVFR were limited in their ability to transport large mesh size proppant the expectation to achieve 90%-99% retained conductivity was not met.

In light of the low viscosity of FR its proppant carrying capacity is lower than that of the Guar based gels. FR requires higher rate of pumping to transport proppant in the pipe to the formation. Also, FR’s lower concentration of proppant mandate that a higher volume of fracturing fluid is required to place a sufficient amount of proppant into the induced fractures.

Due to FR low viscosity proppant tend to settle at the bottom of the pipe within the horizontal section of the wellbore. Excessive proppant settling shall necessitate cessation of fracturing treatments before placement of the desired volumes.

During the SPE Hydraulic Fracturing Technology Conference (HFTC) in February of 2020, StimLab presented their recent work (SPE 199736 paper) looking at the impact of brines or recycled produced fluids on HVFR fracturing fluids proppant transport capacity. What they saw in the testing was the following:

During the HTFC in February 2020, Liberty Pumping Services presented (SPE199760) a compilation of public data relative to their production across two basins, DJ and Williston. Impacts of four fluid systems discussed in the paper all completed by one service company but numerous operators. The production comparison highlights production utilizing FR, HVFR, Light Guar gel and Ultra-light Guar gel.

In the Williston basin production numbers for 180 days were:

In the DJ Basin production numbers for 365 days were: