The definition of a fire retardant couldn’t be more self-explanatory. They are chemicals used to slow the spread and intensity of any blaze, and they are helpful to those on the ground seeking to contain and control a growing conflagration.

These important chemicals suppress the process of combustion by reducing the amount of heat and smoke and the potential for a fire to spread. 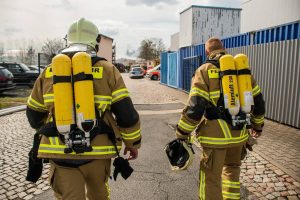 Consequently, reliance on their use today is vital because of the enormous volume of electrical and electronic equipment in modern buildings, coupled with increasingly larger volumes of flammable materials in our homes and offices.

Equally vital is the use of guar gum as an essential ingredient in the manufacturing of fire retardants, as its addition imparts viscosity and elasticity to the concentrate.

But why are more and more companies, particularly those within the United Sates, opting to source our guar gum powder over other foreign manufacturers?

Mainly because they won’t incur the hefty shipping costs that come with sourcing from foreign suppliers, but that’s only one of many reasons.

The following blog explores the science behind fire retardants, why guar gum is such an integral component within them and why more and more companies are turning to Guar Resources for our product safety and customization, quality assurance, transparency and our fully traceable, on-time supply chain.

How Do Fire Retardants Actually Work?

Water is mixed with fire retardants before they are introduced to the environment.

They are available mostly in powder form, which is then mixed with water, and become known as fire-fighting foams and gels. These retardants also come in sprays that require direct application to an object.

Generally speaking, fire retardants reduce the flammability of materials by either blocking the fire physically or by initiating a chemical reaction that arrests its spread. There are three ways the combustion process can be retarded by physical action; namely, by cooling, by forming a protective layer that contains the flame, and by dilution, in which retardants release water and/or carbon dioxide while burning, which chemically weakens atomic compounds enough to extinguish the fire.

The Key Benefits of Fire Retardants

Perhaps the most important benefit of fire retardants is that they prevent small fires from becoming much larger ones by slowing the ignition process and making anything they come in contact with self-extinguishing.

They can also provide additional time for both home owners and occupants to escape from an encroaching fire and to those combatting the raging blaze on the ground.

A Brief History Of Fire Retardants

Most historians clam that although ancient cultures did posses some fire-retardant materials, the need for them didn’t drastically increase until the 17th century in Paris where they were developed to prevent the eruption of fires, particularly in theaters.

It was at this time that plaster and clay were chemically fire-proofed and the trend to make things flame-resistant took hold.

Fire retardants have had a long and bumpy past. Back in the 1970s, furniture and appliance manufacturers started adding them to couches, chairs, beds, electronic devices and even cribs and changing pads.

These items all met the flammability and safety standards of the day and were treated with a class of chemicals known as poly-brominated biphenyl ethers (aka PBDEs). 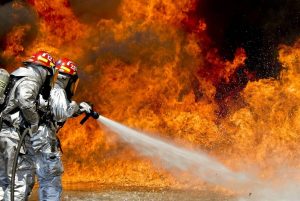 Years of research and pressure from environmental advocates have uncovered issues with these formulations, and many have since been banned from household products.

The problem, however, is that chemical replacements have proven themselves to be no better than the original components.

It is now known that exposure to PBDEs can cause birth defects cancer, thyroid hormone imbalance and neurological developmental disorders in children.

In addition, the fact that these chemicals break down very slowly into the atmosphere means that they can travel across air and water and have far reaching negative effects on landscapes far away from their point of origin.

PBDEs can be replaced by natural flame-retardants, such as guar gum powder, which presents no environmental or health problems.

Guar Gum Powder As A Key Component Of Fire Retardants

In addition to all of its other applications, guar gum powder has found an important place in forestry as a high viscosity fire-retardant applied aerially to combat wild fires.

Generally speaking, the types of fire retardants utilized fall into two distinct categories; namely, those which when mixed or diluted with water to end-use concentration result in a gum thickened solution, and those which do not contain a gum thickener such as guar gum powder, and, consequently, result in water-like solutions.

How to dissolve guar in water with lumping. When guar gum powder is added to the concentrate comprised of dry powder and water, it transforms it into a condensed, highly viscous and elastic substance that enhances the liquid flow of the chosen fire retardant solution.

According to the Wildland Fire Chemical Systems (WFCS) of the U.S. Department of Agriculture, when used as thickeners for fire retardants to be dispersed aerially, guar gum and/or clay transform the liquid into a “blanket” and keep it from evaporating in the heat or from being blown away before it hits the drop zone.

Fire retardant concentrates that are supplied as fluids or liquids, such as guar gum powder, are preferred by many because they are easily diluted with little mixing, hardware and/or manpower.

What Exactly Is Guar Gum Powder?

This hardy desert legume is a natural polysaccharide that is extracted from the guar bean, and has been widely used in many modern industries. 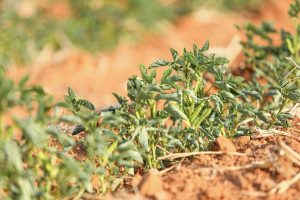 Guar was first brought into the United States from the western and northwestern parts of India back in 1903.

Today, the dry climate found in the Indian state of Rajasthan supplies the largest percentage of guar (80%) globally. The bean obtained from the guar plant is rich in nutrients that support human and animal health. 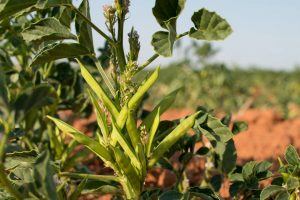 Its commercial production in the United States did not begin until the early 1950s, and has been as it is today concentrated in America’s southern plains in Texas and southwestern Oklahoma.

The majority of guar is grown for its endosperm, which is a source of the water soluble gum that is utilized as a stabilizer, emulsifier and thickener in various food products.

Guar Resources (aka GR) is situated in Brownfield, Texas, and is the only American manufacturer and purveyor of guar gum powder.

We stand behind a stellar reputation that rests upon our industrial expertise, superior customer service and the consistent quality of our guar gum products.

Our centrally-controlled facility is equipped with the sophisticated, cutting-edge technology and we are wholly dedicated to product safety and customization, quality assurance, transparency and a fully traceable, on-time supply chain, something difficult to find since the Covid disruption. 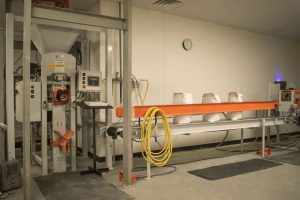 Our guar is grown in the United States by US-based farmers, which enables us to provide total product transparency.

Even more, by virtue of being based in the United States, we are also able to provide an endless array USA-based companies that use guar in their production process numerous logistical and financial advantages over other foreign guar suppliers, such as lower transportation costs, no import fees, diminished need for warehousing, no 70-day advance payments and much more.

It is due to these advantages among others that the Guar Resources brand is increasingly cementing is reputation across a growing plethora of business sectors, both nationally and internationally. 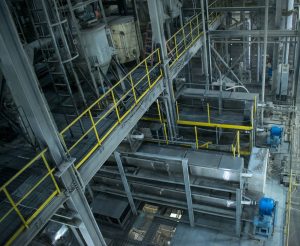 The use of guar gum is expanding every day and being utilized in a myriad of industries because of its amazing natural properties, which include the ability to form hydrogen bonding with water molecules.

This singular aspect makes it suitable for many diverse purposes and why it is chiefly used as thickener and stabilizer within fire retardants.

If you are a manufacturer of fire-retardants or involved in the forestry industry, contact our team today and see how our guar gum powder can greatly enhance both the safety of our woodlands and the lives of both humans and animals. How Is Guar Used In The Oil Drilling And Mining Industries?

According to a recent report conducted by Reports and Data, the global guar gum market is expected to reach USD 886.6 million by the year 2027, an increase largely due to guar gum’s growing application within the oil, mining and other end use industries. Given its effective thickening, emulsifying and stabilizing …